One of my articles on rates of pay for translators was recently republished in the ITIA Bulletin – the monthly electronic magazine of the Irish Translators’ & Interpreters’ Association – and almost immediately afterwards I noticed a large jump in the number of people visiting my site. Naturally I was pretty pleased by this, after all you kind of hope that someone will read your articles. Two days later, however, the numbers went through the roof with hundreds of hits in just one day. What was even more unusual, I thought, was that they were all coming from various towns and cities throughout Italy. Ever the pessimist, I wracked my brains to see if there was anything in the article that could possibly have insulted an entire nation. But no, that wasn’t it. Had they found out that I love their food, their music and their culture and they were rushing to tell me that yes, they loved me too? Maybe, but that wouldn’t make so many of them visit my humble little website. Would it?

Translators rise up against the tyranny of agencies and job forums

No. It turns out that the Italian translation community is in the midst of a proper fight against scurrilous agencies who try to impose outrageously low rates on translators and generally treat translators like glorified typists aided and abetted by race-to-the-bottom job auction sites. Now translators aren’t known for their fighting spirit. Normally we might sit and give a muffled grumble or start to write a strongly worded email but before long we turn back to our computers and get on with translating (Those 7000 words of medical reports aren’t going to translate themselves you know!). There’s no fight in us at all. In fairness, with most of us working as self-employed contractors, it does feel that there’s not much we can do. Or so you would think. Cue the Italian translators who, like modern day Gladiators under the banner of their translators association, have said “Enough is enough. The abuse of translators has to stop!”


It just so happened that my article was republished around the same time they were mobilising their troops. One of the leading figures in this push against unfair and unethical business practices is Wendell Ricketts and he emailed me shortly after the ITIA Bulletin issue to fill me in on the story.

Apparently this has been simmering for some time but what brought it all to a head was a job advertisement on none other than Proz.com, where a translation agency called Trust Traduzioni was looking for translators to work on a project on behalf of the Italian Ministry of Tourism. The rate supposedly imposed by the Ministry was €9 per 2600 characters with payment after 90 days. According to Wendell’s site, a rate of €9 per 1500 characters would be considered as he puts it “starvation” rates so basing this amount on 2600 is downright offensive. Now the Ministry of Tourism subsequently denied all knowledge of these rates and said it was filing a complaint with the relevant authorities so you have to wonder who is responsible for the rates. It couldn’t be the agency? But they’re translators just like us. Aren’t they?

It’s times like this that you actually feel proud to be a translator. The Italian translators are doing what most of us secretly wished we could do but never really thought was possible – organising a geographically disparate group of people who have no employment protection and who often work alone and get them to mobilise against what everyone knows is a massive problem for our profession. Perhaps it is because translators do not have the protection afforded to other professions that they feel as if they have nothing to lose. What is absolutely clear to me from all this is that just because translation isn’t a protected or highly unionised profession and just because most of us are self-employed, it doesn’t mean we cannot stand up for ourselves and do something about the appalling conditions many of our fellow translators have to endure. Farmers and fishermen are all self-employed but whenever a supermarket cuts their prices or the government imposes higher taxes, they won’t waste a second in taking to the streets and manning the barricades or dumping a truck load of cow dung in front of the supermarket’s headquarters if necessary. So why don’t we take our lead from the Italian translators. It might work, it might not work but at least the other side will know they were in a fight if nothing else.

You can read more about this story here, here and here. 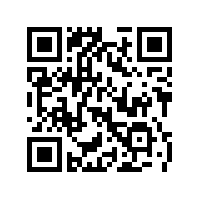